Home » Master your marketing and messaging » Learning » Oh, that’s too expensive for design…

Oh, that’s too expensive for design…

How do you feel about negotiating?

Ok, there you are — finished the presentation of a proposal, or perhaps it’s an interview.

The point is: it’s feedback time from the client, and the response is: “oh, that’s too expensive…! How low can you go?”

You wanna firmly say: that’s my price, take it or leave it. But, instead, out of your mouth comes a whimper: “well…, what do you think is a fair price?”

I think we all agree that we could do better than that. And most of us have been there…more times than we care to admit.

To fix it, you need a time machine and go back in time to work on a better strategy.

First, you shouldn’t even have to be in this type of negotiation — where the client has the upper hand.

You see, with different positioning, you can completely flip the script — and put yourself in the power position.

While there’s more you should do…for now, I’ll speak of two things.

Whatever you do, don’t join the race for the bottom. 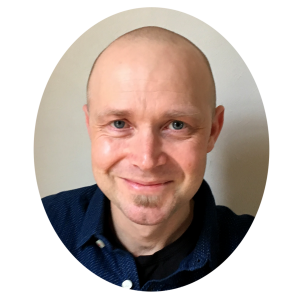 Hi there, I run Velocitypeak.

Trying to be "better" doesn't work. Instead...

Learn how to show and talk about your work in a new way that makes you stand out instead of blending in.

PrevPreviousWhy “slowing down” is actually “speeding up”…
NextUsually, I don’t even make it to the stairs…Next
Menu

I’ll let you know when there’s an opening.
Jesper